Having a natural-looking, well-proportioned nose that is harmonious with your face is a goal that many patients desire. The nose is located in the center of the face and is often the first facial feature that others will notice.  The most common cause of a non-harmonious nose is due to heredity.  It may be a family trait that is passed on from one generation to the next. Sometimes the cause of the nose problem can be due to a traumatic injury or medical illness.  Regardless of the cause, rhinoplasty nose surgery is a procedure that can greatly improve the look of your nose and the balance of your face.

What is a Rhinoplasty Nose Surgery?

Nose Job Procedures’ (Rhinoplasty)
The best nose job is the one that emphasizes your positive features, subtracts the negative aspects, and restores harmony in your appearance without the obvious look of surgery. Each nose is unique therefore each rhinoplasty is a blend of the patient’s wishes and what nasal surgery can realistically offer.

Are you not happy with the shape of your nose? Parts of the nose seems out of proportion to the rest of your face? You d not like the position of the nostril? These concerns are cosmetic or appearance-related. As such they are usually not covered by most insurance plans. Cosmetic surgery is elective, the surgery that is designed to enhance the way you look, not to correct a condition that is affecting your health.

If your nasal problem is great enough it may be a good idea to have the surgery but not if you have significant other medical problems. Cosmetic concerns, abnormalities, and appearance are real problems. They are often dismissed as shallow or narcissistic, making individuals unhappy. Why live with something you do not like if you can have it changed?

Many patients who elect for a cosmetic change in appearance tell us later that they wonder why they waited so long and did not have the surgery sooner.

What is Involved in the Rhinoplasty Nose Surgery Consultation?

The success and safety of your rhinoplasty nose surgery require that you fully disclose your health history, current medications, the use of vitamins, herbal supplements, alcohol, tobacco, and drugs.

What Anatomically is Involved in Rhinoplasty Nose Surgery?

What Can Be Corrected in Rhinoplasty Nose Surgery?

(In rhinoplasty nose surgery, the length of the nose can be shortened)

(In rhinoplasty nose surgery, the base of the nose can be narrowed)

(In rhinoplasty nose surgery, the tip of the nose can be rotated upwards)

(In rhinoplasty nose surgery, the tip can be refined)

How do I Prepare for Rhinoplasty Nose Surgery?

You may need to have some basic diagnostic tests and lab work to ensure that you are fit for rhinoplasty nose surgery.  You will be instructed on medications and vitamins to avoid, like aspirin, before your surgery.  It is important that you maintain a healthy diet before and after your surgery.

The risks and possible complications will be explained to you, and a rhinoplasty nose surgery informed consent will be signed by you.  It is important that you address all your questions directly with your plastic surgeon.  It is natural to feel some anxiety, whether excitement for the anticipated rhinoplasty nose surgery outcomes or pre-operative stress.

Where is the Rhinoplasty Nose Surgery Performed?

A rhinoplasty nose surgery may be performed in your plastic surgeon’s accredited office-based surgical facility, an ambulatory surgical facility or a hospital, possibly with an overnight stay.  It is more commonly performed under general anesthesia, although local anesthesia with sedation may be also used.  These decisions will be based on the requirements of your specific rhinoplasty nose surgery and considerations of patient and surgeon preference.

What is the Recovery After Rhinoplasty Nose Surgery?

Although everyone heals at a different rate and the complexity of the rhinoplasty nose surgery is individualized, you can expect to recover will this general timeline.

During the first two days, you should rest with your head elevated to help minimize swelling; activity is kept to a minimum, and you will experience a small amount of bleeding and stuffiness.  By the 10 day period, the swelling will have reached its peak and then begin to subside; bruising will diminish; sutures and packing will be removed; the splint will be removed, and you will be able to return back to light activity. After several weeks you can resume your normal activities and most of the swelling will have subsided.

When will I see the Results After Rhinoplasty Nose Surgery?

The results of rhinoplasty nose surgery are visible almost immediately after surgery.  However, it does take a full year before your final result. Numbness and firmness over the skin surface will resolve over the following months. It may also take a year or more for incision lines to fade. The final results of rhinoplasty are permanent. However, time and gravity can minimally change the soft tissue overlying your nose.

Can a Rhinoplasty Nose Surgery be Performed with Other Procedures?

Does Rhinoplasty Surgery Change the Voice of Patient?

Those who have plastic nose surgery speak with a more nasal voice five months after the operation, according to a team from Iran.

The results of 27 surgeries showed that “the voices changed statistically significantly, but with subtle variations,” said Dr. Kamran Khazaeni, an ear, nose and throat specialist surgeon at Mashhad University of Medical Sciences.

The 22 women and the five men “noticed the changes, but, in general, they were satisfied,” Khazaeni said. The patients were between 18 and 45 years old.

A group of linguists and language pathologists detected more pronounced nasal sounds in test words such as “man” and “Namak” when listening to the patients’ recorded voices.

They confirmed it with self-assessments and a computer program that analyzes acoustic sounds. One in 560 Iranians had a rhinoplasty in 2011, compared to one in 1,250 Americans in 2012.

In the journal Plastic and Reconstructive Surgery, Khazaeni’s team publishes that if rhinoplasty narrows the nasal cavity and modifies the vocal sounds, voice professionals should know before surgery.

But Dr. Steven Pearlman, a facial plastic surgeon from New York City who did not participate in the study, disagreed, at least in the case of singers.

“The more trained a singer is, the less important his nose is. I operated rock stars, Broadway stars and opera singers,” he said. “And in the classic American style of singing, it is sung from the thorax and throat, not with the nose,” he added.
On the study, he thought that the idea and the objective were good, “but that the execution was limited.”

An important element that was overlooked were nasal flow determinations before and after surgery to detect variations in that air passage.

“Without that evaluation, nobody would know,” he said.

The study raises interesting questions, such as why those results arise in Iran and not in the United States, according to Dr. Minas Constantinides, a facial plastic surgeon in New York City and secretary of the American Academy of Facial Plastic and Reconstructive Surgery.

In the more than 2,000 rhinoplasty performed, a single patient complained of having the most nasal voice after the operation.

“These results could not be generalized,” he said. But he conceded that the study “generates enough doubts to replicate it” with larger groups in a medical center in the United States.

What are the Risks of Rhinoplasty Surgery?

Important facts about the safety and risks of nose surgeryThe decision to undergo nose surgery is very personal and you must decide if the benefits will meet your goals and if the risks and potential complications are acceptable.

The plastic surgeon and / or his staff will explain in detail the risks associated with the surgical intervention. You will be asked to sign consent forms to ensure that you fully understand the procedure you will undergo and the potential risks or complications by Estheticland Cosmetic Surgery Turkey Plastic Surgeons.

How long is nose job recovery?

The recovery varies a lot between each patient, however, in general terms, the first week is the most uncomfortable because the nose is blocked a little and it is when there is more inflammation, therefore the activities you carry out will be especially those with which you feel comfortable, yes you can go to work or to the movies or to dinner or etc. from day 2-3, but it depends on how you feel.

Most of the swelling and discomfort disappear around the 5th day so you feel more confident going out and going to work.

You should avoid efforts and exercise for 4-6 weeks but honestly the recovery is very noble and with some minor discomfort. You will use a bandage on the nose only for 10-14 days and later you will only use a bandage to sleep.

This helps the patient to have less inflammation and post surgical bruising, leading to a faster and more ambulatory recovery, where the patient does not require a nasal plugging.

How long is nose job recovery?

The recovery varies a lot between each patient, however, in general terms, the first week is the most uncomfortable because the nose is blocked a little and it is when there is more inflammation, therefore the activities you carry out will be especially those with which you feel comfortable, yes you can go to work or to the movies or to dinner or etc. from day 2-3, but it depends on how you feel.

Most of the swelling and discomfort disappear around the 5th day so you feel more confident going out and going to work.

You should avoid efforts and exercise for 4-6 weeks but honestly the recovery is very noble and with some minor discomfort. You will use a bandage on the nose only for 10-14 days and later you will only use a bandage to sleep.

This helps the patient to have less inflammation and post surgical bruising, leading to a faster and more ambulatory recovery, where the patient does not require a nasal plugging.

What is rhinoplasty with tension threads?

It is a treatment that does not serve to fix all the problems that can be in a nose, but it does treat one of the most frequent: the fallen tip.The intervention is carried out under local anesthesia and is minimally invasive, since only a small incision is made in the lower part of the tip of the nose. Next, the surgical thread is passed through that incision to pull the tip of the nose up and, at the same time, thin it. The thread is the same as that used in other interventions, therefore it is a totally safe material that the body absorbs without any problem.The intervention can take from ten minutes to two hours, depending on the number of threads to be put on and the work to be done on the nose. Once it is finished, the patient can go home, since when only local anesthesia is applied, there is no need to monitor how the body reacts to it. 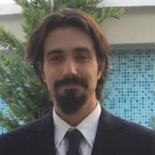