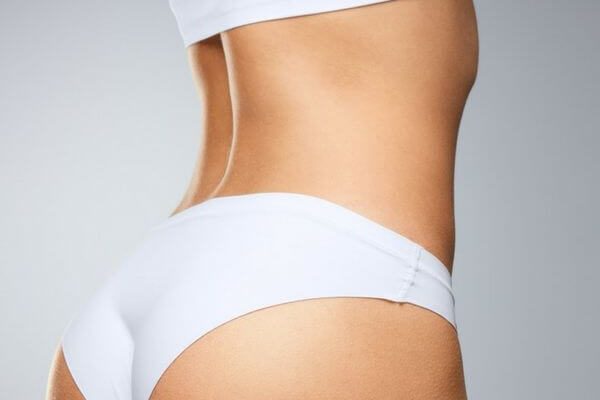 Have you ever dreamed of putting fat exactly where you want it?

If you have ever noticed the back and wish it was rounder and fuller, you are not alone. Brazilian buttock lifts have become one of the most popular cosmetic surgeries in recent years, which for the interest of the consumer, this procedure has doubled since 2012. The certified cosmetic surgeon Estheticland Surgeons often recommends this grafting procedure of fat to those people who want natural and lasting improvement as well as improvement to the size and shape of their gluteus.

What is the Brazilian buttock lift?

A Brazilian buttock lift is a surgical procedure that improves the buttock to create a more voluminous and elevated appearance, using fat harvested from your own body. Estheticland Surgeons begin the procedure using liposuction techniques to remove fat from the pre-selected areas of their body – typically the abdomen, hips, or legs.

After the appropriate amount of fat has been removed, it is purified using a specialized centrifuge. The purified fat is then injected into the buttocks using small, specialized needles. Estheticland Surgeons will determine the depth and placement of fat injections to provide the desired figure and fullness.

The procedure usually takes about two hours and is typically done with local anesthesia and intravenous sedation, although general anesthesia can be used if necessary.

WHAT IS THE BRAZILIAN STYLE BUTT LIFTING?

The traditional technique of both rear and bust augmentation is through silicone implants. However, some doctors do not feel so optimistic about using implants for the buttock lift, since due to their location, the risks of rejection are high, there are even cases in which the implants turn inside the buttock, causing problems in the nerve endings

The Brazilian technique, on the other hand, discards the use of implants and bets on the increase through the injection of body fat, extracted from the same patient. To do this, he undergoes liposuction in the hips, abdomen, and legs, prior to the increase.

Experience in which you can:

Brazilian butt lift is a technique that increases the volume of the buttock area by injecting fat. The operation is a combination of liposuction and fat grafting. Excess fat from some regions of the body, in particular, is aspirated and then injected into the area of ​​the buttocks to improve shape and volume. Excess fat is usually removed from regions such as the hips, waist, or abdomen.

The buttocks look firm and rejuvenated after the procedure. Additionally, the area that acted as a donor is more slender after liposuction, so that the patient benefits from both the buttock lift and liposuction.

All you have to do is:

I am a very thin person but I want to improve my buttocks. Can I get a Brazilian butt lift?

If you do not have enough fat to extract from other areas of the body, it is not possible to increase your buttocks by liposculpture. In that case, you could consider an operation of buttock implants.

Are the results permanent?

What is the cost of a buttock lift in Turkey?

The exact cost depends on many factors, but it will always be undoubtedly lower than the cost of the same operation in other Western countries.

We know that the Latin bodies are characterized mainly by the breasts and a prominent butt, and not by little, the pioneering plastic surgeon in the buttock lift is of Brazilian origin.

Dr. Ivo Pintanguy (who died a couple of days ago at the age of 90 years) is known to be the surgeon who reinvented the buttock operation forever, changing the traditional form of augmentation from silicone implants, to give way to “stuffing” of body fat.

According to the American Society of Plastic Surgeons (ASPA), the Brazilian style of Ivo Pintanguy marked a definitive trend in the plastic surgery business, achieving a significant increase in the procedure as of 2015.

According to the ASPA statistics, in 2015 a buttock surgery was performed every 30 minutes, and the rise in popularity of stars such as Kim Kardashian and Nicki Minaj, maybe the reason for this, resulting in 320,000 surgical procedures being performed in Buttocks all over the world.

But 10 years ago, the operation of breasts was the fever among the girls who sought to perfect their body, today, the buttocks take the leading role and become the most requested surgery in the world.

As with all surgical procedures, there is always a level of risk. In the case of the Brazilian uprising, it may happen that the injected fat dies early, causing serious infections.

The fat must ‘survive’ in your new home. When you feel you put pressure on the buttocks which reduce blood flow to the area. Without a constant blood supply, the new fat may not survive.

To avoid a scenario like this, doctors recommend sleeping on your chest or side in the recovery process, as well as using soft pads that protect the buttocks when sitting.