With increasing age, it is possible to experience sagging and extra skin around the neck area as well as the face area. This causes the angle between the neck and chin to disappear. In case of weight gain, in addition to sagging around the neck area, a double chin can occur. Neck and Double Chin Lift in Turkey are often preferred by individuals above 50 years old and this operation helps to eliminate these types of problems.

Signs of aging are first felt around the neck region. This region can be deformed due to genetic properties and fast weight gaining and loss. Especially individuals with small chins can have double chins and sagging can occur at earlier ages. Neck and double chin operations in Turkey can be operated simultaneously with a facelift or separately. Neck lift aesthetic can give you a 5-15 years younger look.

How are the neck and double chin aesthetics operated?

How are Neck and double chin lift with laser lipolysis:

Without harming veins, nerves, and tissues, fat is removed by using a hole with a 1-millimeter size. This operation will provide significant tightening. This operation can be applied under local anesthesia and recovery is short. With laser lipolysis, there are no post-operative effects like pain, bleeding, bruising, or edema after neck and double chin operations. There will not be any marks, deformation, bulging, cavitation, or waving in this region.

How are Neck and double chin lift with liposuction:

This operation is preferred in case of deformation due to fat accumulation. This is applied to young-middle ages patients if there is no excessive sagging. Fat accumulated under the skin is removed with the thin cannula. This could be applied with Vaser liposuction to classical liposuction alternatives.
Classic neck and double chin lift This is applied under general anesthesia. By cutting from the front part of the ear to the back part of the ear lobe and ear, face, and neck skin is released. After hanging soft tissues with sutures, excess skin is cut and removed. Drains are placed behind the ear to prevent fluid accumulation. If there is both the double chin and fat accumulation, the fat problem is solved with liposuction. Later, vertical bands in the neck region are released with 3-4 cm horizontal cuts from under the chin. Later, these are sutured together and the internal corset is made in the neck region. Since this operation involves an intervention in other regions, it can take up to 5-7 hours.

Will there be marks after classical neck and double chin lift in turkey?

With advanced technology, dressing materials and suturing techniques to minimize marks are used. Since these surgical cuts follow natural curves and are hidden by hair skin, there is no visible mark. But complications such as bleeding, infection, and skin loss after operation might lead to bad marks.

Neck and double chin lift operations have clear and satisfactory results in plastic surgery. This operation has a long effect and this effect can be increased with weight control.

Things to consider after neck and double chin lifting aesthetic 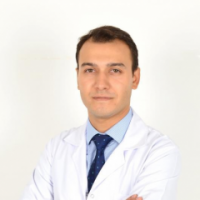 He was born in 1983 in Bandirma. He completed her primary education in Setbaşı Primary School and her secondary and high school education in Bursa Anatolian High School. In 2007, he graduated from Uludağ University Faculty of Medicine. In 2014,...
read more about: Dr. Emre GÖNENÇ BAYGÖL