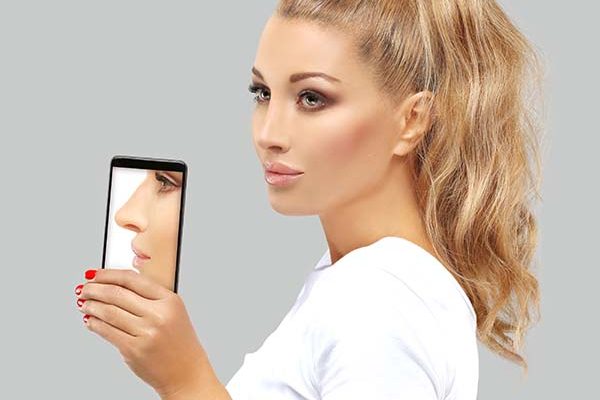 Rhinoplasty also called a nose job, is a cosmetic surgery procedure that is based on reconstructing the nose for aesthetic and functional reasons.

Improving the aesthetics of the nose is beneficial in reducing nasal asymmetry or disproportions of the nose compared to the face.

The reason is that after all trauma (including surgery), our bodies must go through essential phases of healing and repair.

Healing is a systemic process in three phases:

The inflammatory phase is the body’s natural response to injury. During this phase, the blood vessels dilate to allow immune cells and biochemical processes (white blood cells, growth factors, enzymes, and nutrients) to reach the site of the trauma.

In fact, during this process, blood vessels dilate and molecules are produced by immune cells to attract and activate their congeners according to the identified threat.

The proliferation phase consists of reconstructing the tissue with healthy granulation tissue, composed of collagen, extracellular matrix, and a new network of blood vessels.

The maturation phase occurs when the wound is closed. During this phase, the tissue reshapes and matures when the collagen fibers reorganize to give the operated nose its final shape.

Swelling of the nose job after surgery lasts even longer in most cases of revision rhinoplasty and, sometimes, steroid injections are necessary.

Appearance of the nose operated over the years

Although the most noticeable facial swelling subsides within 10 days to two weeks postoperatively, it takes years to see the end result of a rhinoplasty. The profile will look better if the bump has been removed, but in the front view, this area remains wide. The swelling in the upper part of the nose disappears more quickly than in the region of the nasal tip.

At 3 years of surgery, the definition of the tip is almost final. The examination and follow-up photographs show that the tip is even finer and softer than at 2 years of age.

Even after 3 years, many patients, especially those with thick nasal tip skin, report continuous improvement in the tip.

As the swelling subsided over the years, some patients reported that the asymmetries and blemishes became more noticeable.

This is why it is essential to make sure that the nose is as perfect as possible in the operating room.

This article is written by Estheticland – Cosmetic Surgery Turkey, you may learn more by visiting our main page.