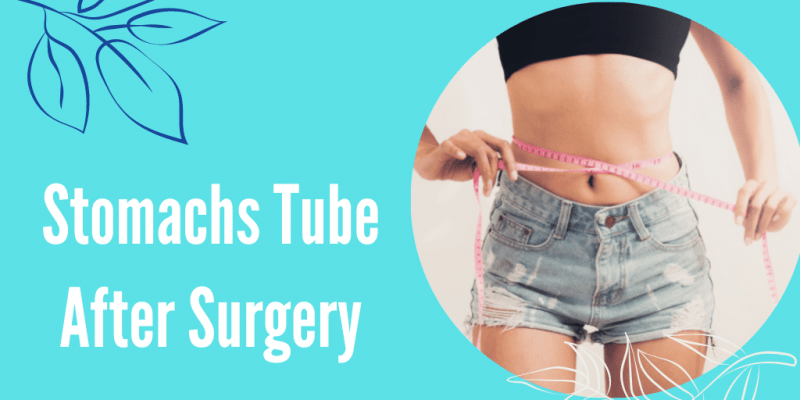 A whole new circle in your life begins after one of the most common bariatric surgery, a stomach tube operation. During post-operation, precautions won’t be limited to only eating habits, you will have to acquire new habits, especially in the early period. These new habits will increase your living standards in a short while and ease up your path to losing your extra weight.

One thing not to forget: stomach tube surgery is an operation in which the stomach is made smaller to limit food intake. Especially during the next one post-op year, it provides a significant amount of weight loss. After all, the operation is not the object that will keep the weight off. It is the effort you put in.

If the daily calorie intake is higher than daily calorie expenditure, our body stores the extra calories as fat which will become a long-term problem, obesity forms the base of the biggest problem of our age. Stillness, excessive consumption of fast foods, and genetic predisposition cause obesity, and obesity primarily causes cardiovascular and other high-risk illnesses. Being one of the bariatric surgeries, Sleeve Gastrectomy, in other words, stomach tube requires changes in daily habits, especially eating habits.

Separating the post-op process into periods carries tremendous importance. The process that covers the next six following months after the operation is formed of 5 periods.

The patient has to provide nutrients from liquids during the 1st-month post-op. According to the patient’s BMI: daily needed liquid intake changes between 2.5 to 3.5 liters. The suggested distribution of drinks in a day is 1.5 liters of water, 1 liter of milk or buttermilk + half-life of filtred beef or chicken broth. Totally five meals of the liquid have to be consumed. Meals must not be over 150 milliliters.

In addition to liquid foods, mash foods may also be started for consumption. During this period, mash potato, which is rich in carbohydrates must be avoided. Brussel sprouts, broccoli, carrots, spinach, celery, and artichoke mashes could be preferred. To increase the amount of protein, patients are allowed to add ground beef or mashed chicken. Same as the previous period, five meals have to be eaten. Mash meals must be taken as the main course and must be separated from liquid intake. Between mash foods and liquids, it has to take half an hour.

During this period, every flour-free soup, boiled red or white meat, and grilled fish may be consumed. But the food must be well chewed. Dry fruits and one scoop of light ice cream could be consumed. Between food and liquids, 30 minutes must pass.

Consumption must not be more than four meals, 3 of which are main courses and one rich in protein meal. Generally, low-calorie, high protein foods must be consumed. Soda, mineral water, and fizzy drinks must not be consumed. The doctor’s approval must be asked for alcohol consumption.

Physical Activities To Be Cautious About During The Early Period

– After discharge from the hospital, it is necessary to be physically active inside of the house as much as possible. It is possible to take short walks outside after five days.

– After getting discharged from the hospital, it is possible to take a shower (only if the doctor approves).

– It is necessary to keep wearing the pressure emboli socks until the patient becomes completely active (it must be worn approximately for one week).

– Starting from the operation, sexual activity must be stopped for two weeks.

– After two months post-op, alcohol must not be taken; for later than two months, the doctor’s approval must be taken.

– During two months post-op, heavy and high-pressure activities must be avoided.

– Melt-in-mouth vitamin or liquid vitamins must be consumed. You can consult your doctor about vitamins.

– In the 3rd and 12nd months post-op, a blood test that detects vitamin and mineral levels must be done. Being under the doctor’s control after the operation is essential for managing the process. And for that, don’t miss your post-op doctor controls

– Until your stitches recover, solarium has to be avoided, and so is direct contact from the sun.

See also  How long does swelling last after rhinoplasty?

Half of the patients who had bariatric surgery operations experience hair loss. Stress, malnutrition, lack of vitamins-minerals, dehydration, decreased calorie intake and sudden change in metabolic balance may cause hair loss. It may occur generally between the 3rd and 6th months. After the procedure, when the patient fits into the new lifestyle and weight loss gets on track, hair loss gets fixed between the 12th and 18th Months.

Bariatric surgeries provide high amounts of weight loss and because of that, the sagging problem may be seen in some areas of the body. Sagging problem’s size depends on the patient’s age, skin type, exercises after the operation, and eating habits. After stomach tube operation, saggings may generally occur on breasts, jowl area, belly area, arms, hips, and inner legs.

After stomach tube operations, if you have reached your ideal weight after 24 months, esthetic recovery operations can be made.