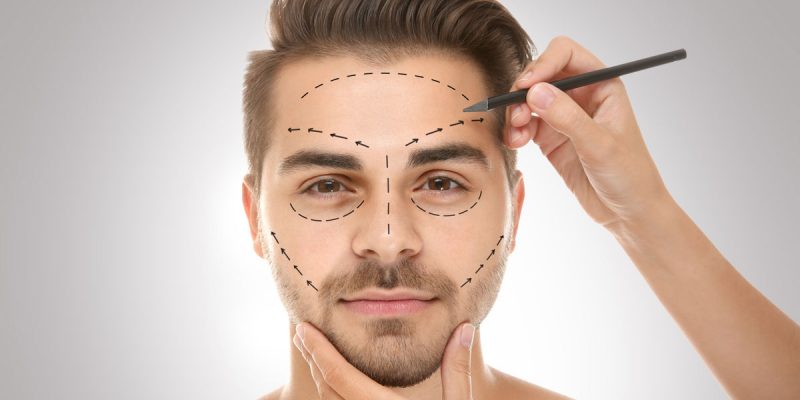 Men who want to have a young and fit look have cosmetic operations to achieve the look they want in a short time. Cosmetic operations for men are listed as gynecomastia, nose job, hair-beard-mustache transplant, facelift, body shaping, and liposuction.

Gynecomastia is actually a health problem caused by excessive breast growth in men. Both operation and disease for men boobs have the same name. Gynecomastia can occur in one breast or both breasts. Treatment of gynecomastia depends on the type as this problem can have 3 forms like hormonal, fat based and fat-hormonal.

Glandular (hormonal) gynecomastia: This type developed because of hormonal imbalance. This is due to excessive estrogen hormone segregation in the male body. In this type of gynecomastia, breast tissue increases and liposuction and excision operations are applied together for reduction.

Fat-glandular gynecomastia: This gynecomastia is rare. It is caused by both fat and hormones. Liposuction and excision are applied together.

See also  How long does swelling last after rhinoplasty?

This is the most demanded and applied aesthetic operation in cosmetic operation for men. Rhinoplasty can change nostrils, remove excessive bone or cartilage and all function and visual deformation can be eliminated. Although nose job in men is functionally similar to women, there are differences in the visual sense. During rhinoplasty in men, upper lip and nose should have a 90-degree angle, the width between the nose tip and nasal hump and nose tip should be larger.

The facelift is one of the successful aesthetic surgical operations to eliminate wrinkles, sagging in the face area, general improvement for face and chin and to give younger and more dynamic expression to face. The facelift is applied to eliminate signs of aging for men between 40-45 years old and this operation provides successful results. Facelift operation in men can be combined with eyelid aesthetic or double chin operation to help patients to have younger look.

Abs is known as aesthetic for men. Abs that are known as six-packs can be defined with surgical operations. This is a highly demanded cosmetic operation. The muscle group that starts under the breasts and continues until the belly button is called a six-pack. All men have this muscle group but it might not be visible for various reasons. Men spend lots of time on sport and eating to make their six-pack more visible but it is possible to make these muscles visible with a surgical operation. In this operation, excess fat is removed with liposuction and the stomach area has a more muscular look. This operation does not leave any mark and a muscular look will appear after 10 days (when operation related edema and bruises heal).