A hair transplant in Turkey is carried out with the most modern technologies and devices of competent specialist. In contrast to comparable intervention in Germany, the costs are however substantially lower for hair transplantation in Turkey.

From there a hair transplantation in Turkey offers not only the possibility to recover in a relaxed background of the intervention, but rather helps simultaneously at the same time to save a considerable quantity of money.

We offer in a hair transplantation in İstanbul a comprehensive complete sevice to you. This includes a competent consultation in the forefield, an English Turkish and German-speaking care during your stay in Turkey as well as the organization of transfer between clinic and airport, your stay in the hospital and meal three times a day. Occurring costs for these achievements are in the arranged price already included for the hair transplantation in İstanbul.

in Antalya, we are available you in your homeland in questions gladly.

Other Methods of Hair Transplant:

Follicular Unit Transplant (FUT), otherwise known as the Strip technique, is a method which used to be practiced before the development of FUE technique. It entails the removal of a strip of skin with hair from the donor area, which is located in the back of the scalp. The closure is then made by the doctor in the donor area which leaves a scar in the that area. FUT is outdated because it leaves a scar in the donor area and it requires a couple of weeks of downtime after the operation.

Since the development of the FUE method, there has been many variations and branches of it, which may confuse the patient what to chose but we will summarize it for you below.

Direct Hair Implantation, also known as DHI, is a method derived from FUE (Follicular Unit Extraction) as in it also entails the individual harvesting and implanting of each hair graft. However, in DHI the hair follicles are implanted directly without previously made reception incisions. Choi Implanter Pen, which is a pen-like tool that enables the doctor to load the follicles into it and then implant it directly into the recipient area, without the need for previously made incisions.

MicroFUE is the most precise FUE technique until now. It entails the careful examination of the size of the follicles in order to select the most suitable punch size between 0.5mm to 0.7mm. This ensures that the size of the punch is totally convenient with the size of the graft, which leads the grafts to hold up better. Hence, guaranteeing better and more natural results and a fast recovery with no scars left.

Why is MicroFUE the Most efficient?

What should you pay attention to before and after the operation?

Before the operation;
Alcohol and aspirin usage should be stopped at least one week before.

If there is any medicine you use regularly,you should consult your doctor.

If there is any care spray or medicine you use for your hair,it is recommended to stop using at least one week before.

The first day after the operation;

First of all, you should follow medical personnel’s recommendations and the most important one is to use antibiotics.

You should take your medicines regularly and spend your first night after the operation resting.

Transplanted hair will adjust to the area in 12 hours,there will be a bandage on your head throughout this period.You should pay utmost care to it because it should not be open or slid.

It is recommended for you to lie back in the first day.

After your bandages are open,the first cleaning and medical dressing are done in the hospital.

You can have your bath in that evening but you should be very sensitive to the transplanted area.

It should be cleaned with little massage movements when applying shampoo.

During the 5 days after the operation, you should use creams and ointements that will be given to you by the clinic regularly.

Is a hair transplantation painful?

Hair transplantation is not painful. Due to thelocal anesthesia the treatment for the patientruns completely pain-free.

Is the success of a hair transplantationpermanent?

Remaining with a self-hair transplantationsuccess is, that means that the hair growslifelong, as normal hair also.

When does one recognize the hair stature of thetransplanted hair?

One recognizes the first visible hair stature aboutthree months after hair transplantation, thelargest change is after approximately 5-6 monthsto be seen.

Does the transplanted hair a life grow long?

After a self-hair transplantation the hair grows innatural way lifelong.

Is it also possible to transplant foreign hair?

No, since the body’s own defense would repelthe foreign hair and hair transplantation from there without each effect and therefore would besenseless.

With which patients can a self-hair transplantation be accomplished?

A self-hair transplantation can be accomplishedwith the persons, with those itself the effect ofthe male hormone implemented and a prematurehair loss effectuation, what can concern quitealso women.

Is there with an age limit for self-hair transplantation?

The cause of the premature hair loss isimportant. The age of the concerning is importantonly in a certain connection. If with that nakedeye the scalp is to be recognized, a hair transplantation is the most meaningful and most effective solution.

In which connection is the age important?

Starting from that 40. Year of life decreases thehair loss. Therefore a hair transplantation beforethis age must be repeated later approx. threetimes, since the hair loss had not achieved thefull extent at the time of the first interference yet.

How does one have to take much time into account for a hair transplantation?

The operational interference lasts approximatelyfour to five hours. For complete hair transplantation one must take about two daysinto account. If the interference is to remainunnoticed by everyday environment in Germany,it is advisable to remain about two weeks inTurkey so that no traces of the interference aremore visible.

Can a hair transplantation affect harmful the health?

If one is healthy and no allergies against a localanesthetic has, that is almost impossible. Thereis not well-known arising side effects in thereference to a hair transplantation. Since at theFUT technology a surgical interference takes place, it is theoretically possible thatcicatrisation disturbances arise. Something like that did not arise however so far ever.

Are the standards of the hospitals how high inTurkey?

The hospitals for hair transplantations are ISO9001:2008 certified, as well as of ourmanagement before examines. We obtain onlyhospitals, which us convinced and after thenewest European Union-standards to practice.Absolute hygiene and most modern technologiesas well as highly-qualified personnel are in any case guaranteed.

Is it possible to affect the appearance of the newhair?

The later appearance of the hair is dependent onthe applied technology influenceable. One candiscuss a natural result before with the treatingphysician, how the hair should look later, in orderto receive.

Are the points of usage at the head visible?

That depends on the applied method. With theFUT technology remains a thin scar, which isonly visible however, as long as the hair is carried more briefly than 0.5 cm. With the FUEtechnology no scars stay after hair transplantation.

Are there new approaches during the hair transfer? 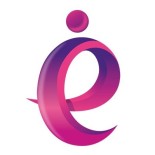